“This was one of the best programs I have ever experienced. The lessons on teamwork, compassion, leadership and kayaking are skills that each Veteran can take with them for a lifetime. The Instructors and staff are top notch and lead the way with expertise. Veterans that haven't been should truly consider Outward Bound courses.” – Chad

Spend a week kayaking the mangrove covered waterways of the Everglades and sharing service stories and support with a crew of fellow veterans.

This six-day coastal sea kayaking course will take you and your crew through a maze of lush mangrove tunnels in a land of contrast: between tropic and semi-tropic, land and sea and salt and fresh water. As a team, you will work together to navigate with tide charts and maps, explore fragile and unique ecosystems, cook and set-up camp on white sandy beaches under the stars and paddle to new areas each day within the Ten Thousand Islands. You will also learn about what makes the Everglades famous worldwide, the environmental value the area adds and how we can better take care of it.

Outside of the time spent being physically active and brushing up on your backcountry living skills, you and your veteran crew mates will share stories, validate experiences and develop trust and compassion as you pursue common goals together.

This course is not currently accepting enrollments. Please check back.

Outward Bound Veterans expeditions focus on team camaraderie and the opportune challenges available in nature as tools to build connections and successes beyond military life. These expeditions encourage participants to explore their strengths and bond with fellow veterans in a safe, positive, goal-oriented environment that allows each veteran to apply their service skills in new ways. From carrying heavy packs, moving fatigued muscles and sleeping outside to exerting leadership, communication and decision-making skills, these courses help shape and support the self-confidence and sense of purpose many veterans need to continue serving as leaders in their families, communities and the nation.

Each veteran student returns home from their Outward Bound expedition having discovered more about themselves and what they want to achieve, how to overcome setbacks and, most importantly, how to move forward to reach important new milestones.

Veterans students can expect to spend a good deal of time each day in kayaks carrying their own food and gear for the excursion. Both single and tandem kayaks are used and students have the opportunity to spend time in both kinds of vessels. Depending on the wind and weather, the level of difficulty will vary from day to day. Crews will practice marine expedition risk assessment and management, route planning, navigation, paddle stroke techniques, kayak-based rescues and equipment use and its care. Once beached, the crew will practice using Leave No Trace techniques to cook dinner and set up camp under the stars.

*Note: The sea kayaks used on this course typically accommodate participants who are up to 6 feet tall, 275 lbs and size 12 men’s shoe.

Service to others and to the environment are core values of Outward Bound and they are integrated into each course. Participants follow Leave No Trace ethics as part of their service to the environment. Veterans students enhance their already ingrained appreciation of service with multiple small acts of service with and for their crewmates while leading and supporting each other throughout the journey.

Outward Bound courses vary in length from four (4) to 85 days. On shorter courses, participants will receive an introduction to leadership skills, strength of character and a desire to serve while activities fill most of the time and the pace is quick. With longer courses, the same outcomes and benefits are achieved with the opportunity to reach a more profound level of mastery as there are more chances to develop technical skills, receive and implement feedback and further personal development. However many days the expedition lasts, the strength and impact of the experience lasts a lifetime.

Backpacking and wilderness navigation techniques are great practice for the essential skills and habits that help prepare for new challenges at work, home and in the community. Outward Bound expeditions encourage students:

This course takes place off the west coast of southern Florida in Everglades National Park and Ten Thousand Islands National Wildlife Refuge. As the largest sub-tropical wilderness in the United States and third-largest national park in the lower 48 states, the Everglades provides a variety of precious wildlife habitat. The aquatic preserve includes more than 350 species of birds, 300 species of fresh and saltwater fish and 40 species of mammals within its confines. Everglades National Park is one of only three locations in the world to show-up on the following lists: International Biosphere Reserve, Wetland of an International Importance and World Heritage Site.

This course area is in a subtropical region with a 12-month growing season. The Florida peninsula is believed to be the last part of the continental United States to rise from the ocean, making it the youngest region geologically and only Alaska can claim a longer shoreline. The Everglades are mild and pleasant from December through April with low humidity and clear skies. Temperatures reach average highs of 88 degrees and lows of 54 degrees. Strong cold fronts may occasionally create near freezing conditions, but such events are rare in this subtropical climate. These regions are the ancestral lands of the Calusa, Miccosukee and Seminole nations.

“This was one of the best programs I have ever experienced. The lessons on teamwork, compassion, leadership and kayaking are skills that each Veteran can take with them for a lifetime. The Instructors and staff are top notch and lead the way with expertise. Veterans that haven't been should truly consider Outward Bound courses.” – Chad 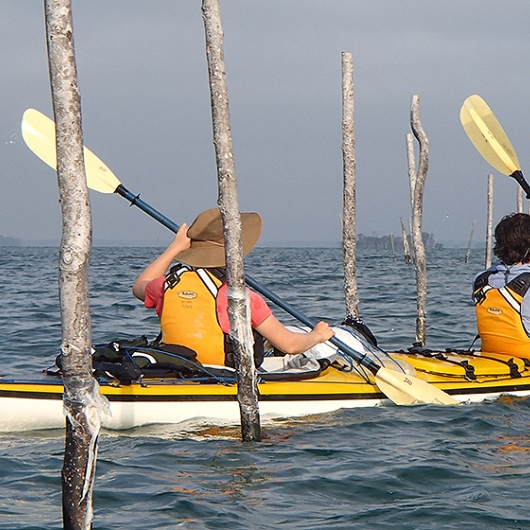 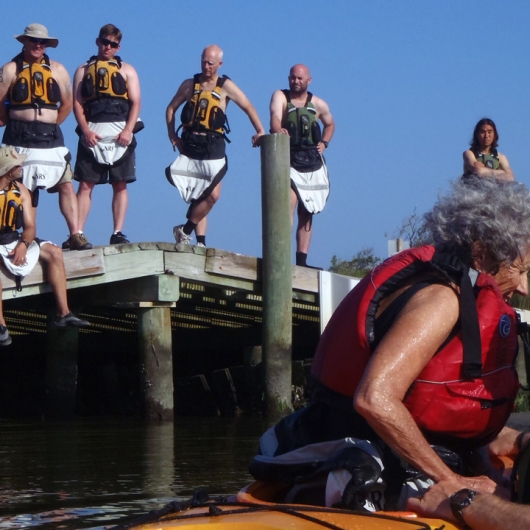