Navigate a maze of lush mangrove tunnels and swap stories with fellow veterans as you canoe through the infamous Everglades in search of adventure.

This six-day coastal canoeing course will take place in the third-largest national park in the lower 48. The Ten Thousand Islands and Everglades National Park are home to over 350 species of birds, 300 species of fish, and 40 species of mammals, including dolphins and manatees!

As a team, you will work together to navigate with tide charts and maps, explore fragile and unique ecosystems, cook and set-up camp on white sandy beaches under the stars and paddle to new areas each day within the Ten Thousand Islands. You will also learn about what makes the Ten Thousand Islands and Everglades famous worldwide, the environmental value the area adds, and how we can better take care of it.

Outside of the time spent being physically active and brushing up on your backcountry living skills, you and your crew will share stories, validate experiences and develop trust and compassion.

Today I finished my very first Outward Bound experience and it was amazing! I partook in canoeing in the Florida Everglades. There was a lot of first time experiences, and to do it with a fantastic group of veterans was awesome. The fact that a complete group of strangers came together and worked with another made the experience unforgettable. There was a lot of skills I learned and a ton of laughs shared. I recommend everyone to unplug from your everyday routine and take time to experience the beauty of an Outward Bound trip!

Outward Bound Veterans expeditions focus on team camaraderie and the opportune challenges available in nature as tools to build connections and successes beyond military life. These expeditions encourage participants to explore their strengths and bond with fellow veterans in a safe, positive, goal-oriented environment that allows each veteran to apply their service skills in new ways. From carrying heavy packs, moving fatigued muscles and sleeping outside to exerting leadership, communication and decision-making skills, these courses help shape and support the self-confidence and sense of purpose many veterans need to continue serving as leaders in their families, communities and the nation.

Each veteran student returns home from their Outward Bound expedition having discovered more about themselves and what they want to achieve, how to overcome setbacks and, most importantly, how to move forward to reach important new milestones. 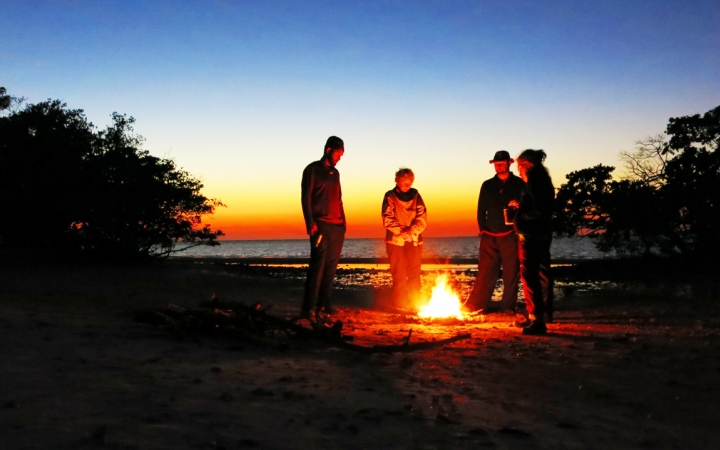 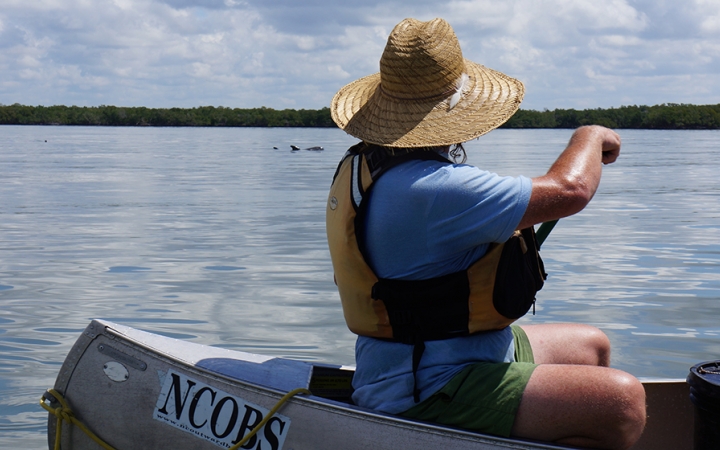 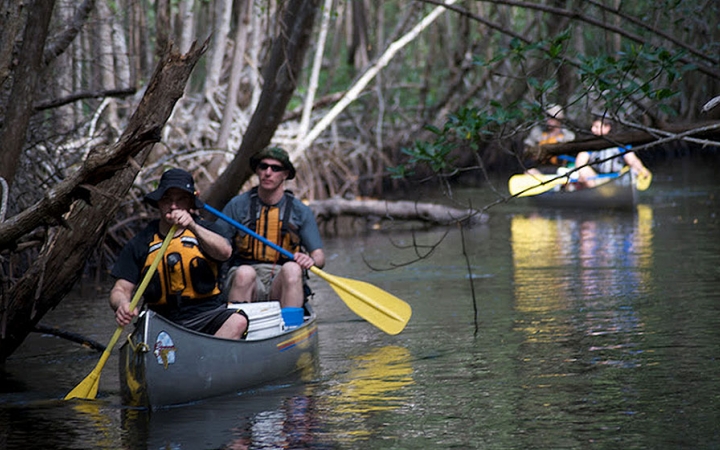 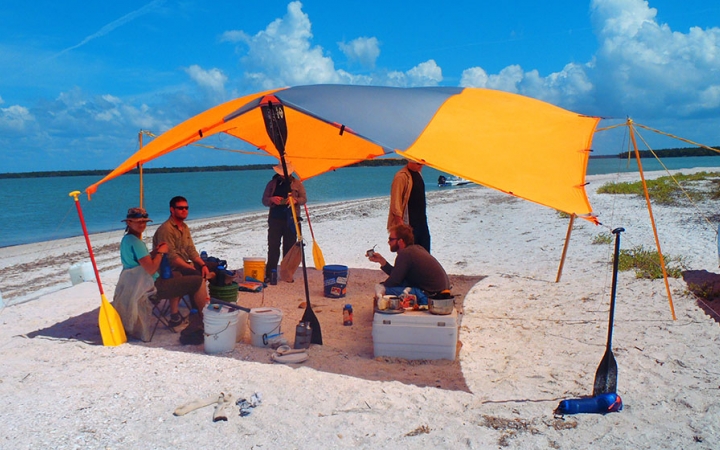 During this course, participants can expect to spend a good deal of time each day in canoes traveling from campsite to campsite. These canoes are tandem, which are perfect for fostering collaboration and communication skills between crewmates. Depending on the weather, the level of difficulty will vary day to day. Crews will learn: marine expedition risk-assessment and management, marine route planning and navigation, paddle strokes, canoe-based rescues, equipment use, and how to work with a paddling partner.

During course, students will have the opportunity to relax and recharge for the challenges ahead during a period of self-reflection. This self-reflection period can last anywhere from a few hours as you take in a view and write in your journal, to 24 hours, in which instructors will give you all the necessary food, water and shelter to enjoy your time alone. The instructors will determine the length of your downtime based on the needs of each crew.

This course takes place off the west coast of southern Florida in Everglades National Park and Ten Thousand Islands national Wildlife Refuge. As the largest sub-tropical wilderness in the United States and third-largest national park in the lower 48 states, the Everglades provides a variety of precious wildlife habitat. The aquatic preserve includes more than 350 species of birds, 300 species of fresh and saltwater fish, and 40 species of mammals within its confines. Everglades National Park is one of only three locations in the world to show-up on the following lists: an International Biosphere Reserve, a Wetland of an International Importance and World Heritage Site.

This course area is in a subtropical region, with a 12-month growing season. The Florida peninsula is believed to be the last part of the continental United States to rise from the ocean, making it the youngest region geologically and only Alaska can claim a longer shoreline. The Everglades are mild and pleasant from December through April, with low humidity and clear skies. Temperatures reach average highs of 88 degrees and lows of 54 degrees. Strong cold fronts may occasionally create near freezing conditions, but such events are rare in this subtropical climate.These regions are the ancestral lands of the Calusa, Miccosukee and Seminole nations.

Today I finished my very first Outward Bound experience and it was amazing!

Today I finished my very first Outward Bound experience and it was amazing! I partook in canoeing in the Florida Everglades. There was a lot of first time experiences, and to do it with a fantastic group of veterans was awesome. The fact that a complete group of strangers came together and worked with another made the experience unforgettable. There was a lot of skills I learned and a ton of laughs shared. I recommend everyone to unplug from your everyday routine and take time to experience the beauty of an Outward Bound trip!