This seven-day kayaking course, specifically designed for veterans, explores the 200-mile stretch of barrier islands off the coast of North Carolina, known as the Outer Banks.

From tales of the Lost Colony and the Wright Brothers to Blackbeard the pirate, the Outer Banks are steeped in legends and history, setting the stage for an impactful and memorable Outward Bound adventure. Participants travel along the Cape Lookout National Seashore, learn to read tide charts, paddle past lighthouses and wild ponies and camp on sandy beaches each evening. Besides learning valuable hard skills, participants also have the opportunity to take a break from busy lives, to challenge themselves in new ways, to develop skills that will assist them in re-adjusting to life at home, and to discuss shared obstacles. Most important of all, participants enjoy a unique and inspiring adventure surrounded by fellow veterans and service members in the beautiful country in which they served. 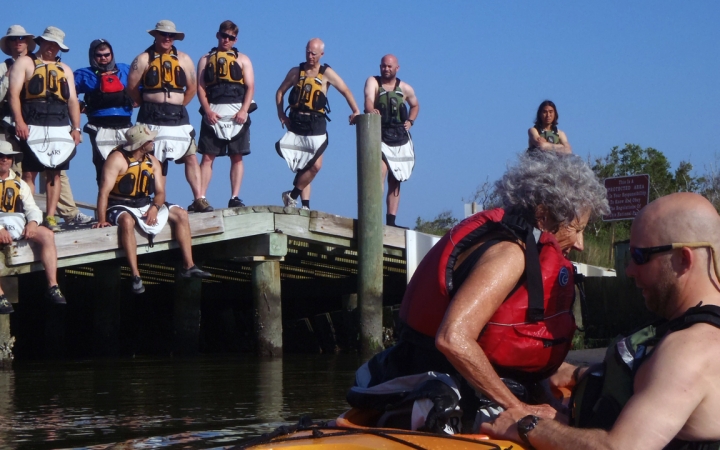 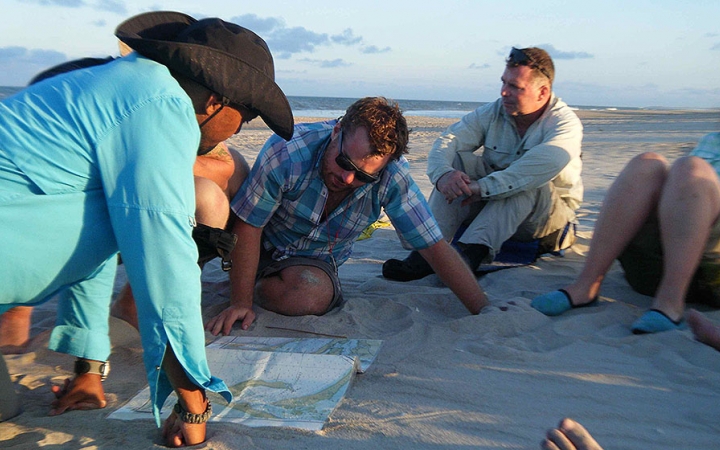 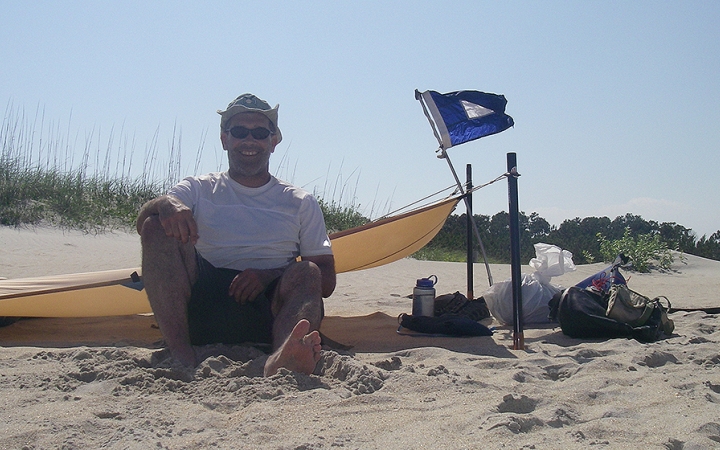 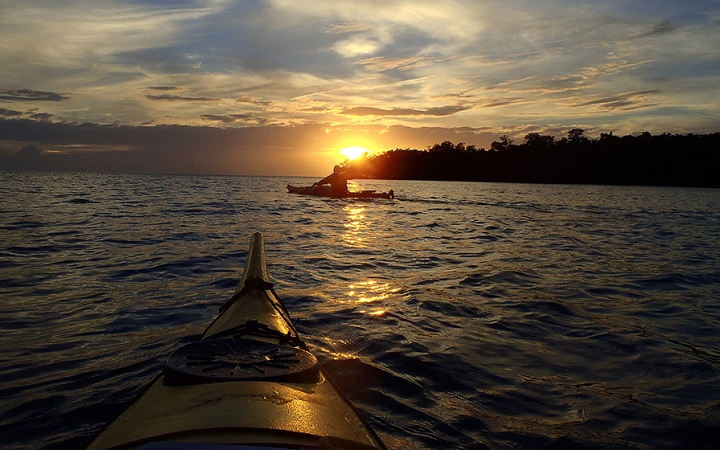 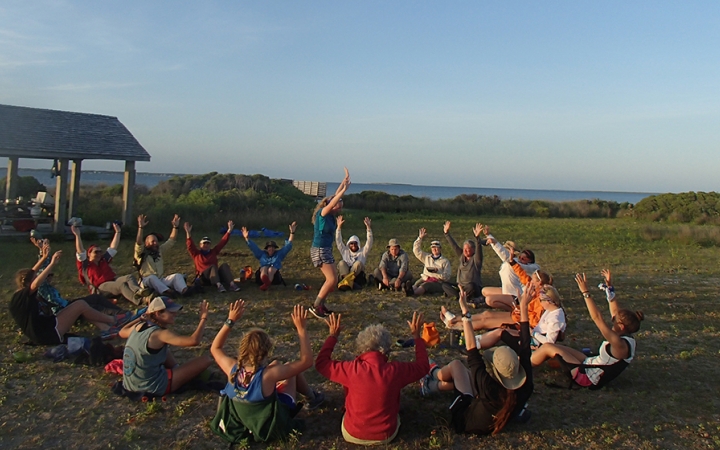 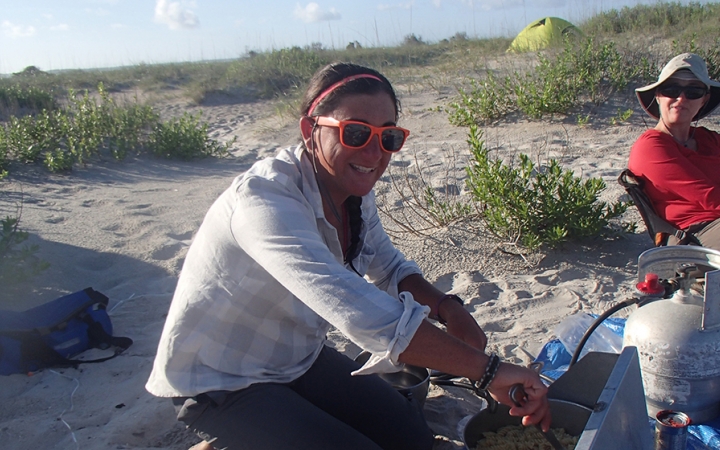 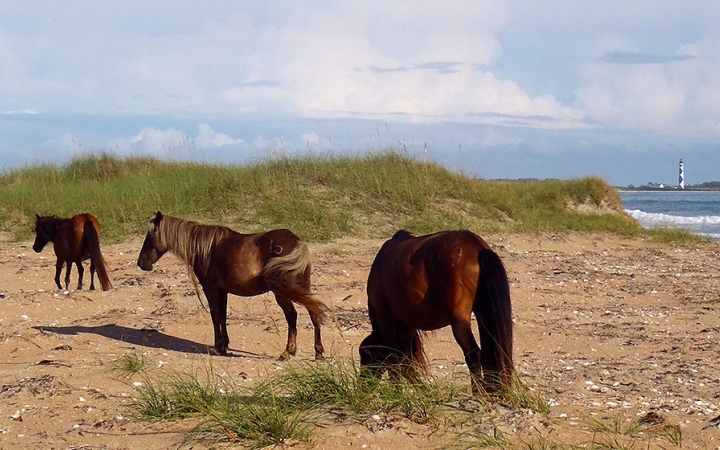 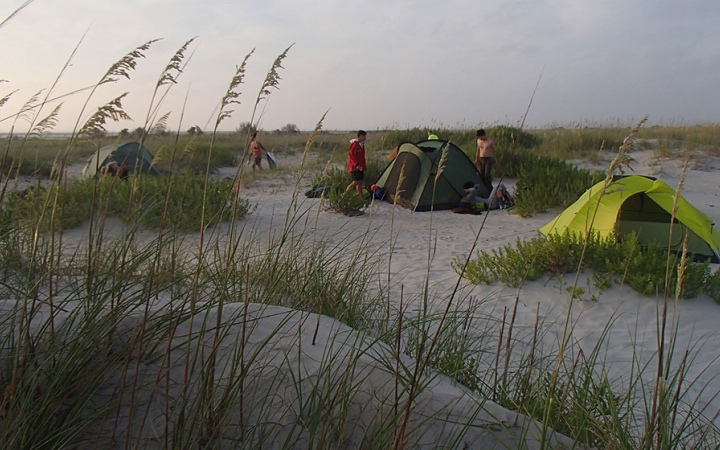 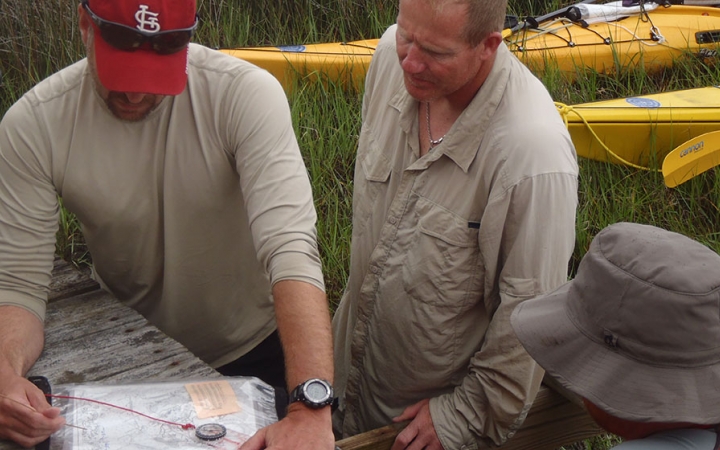 Participants can expect to spend a good deal of time each day in kayaks, both single and tandem vessels. Depending on the wind and weather, the level of difficulty varies from day to day. Participants practice marine expedition risk assessment and management, route planning, navigation, paddle stroke techniques, kayak-based rescues, and equipment use and its care.

Participants will learn to:

Dotted with lighthouses, the Outer Banks are a 200-mile-long string of narrow barrier islands beginning in the southeastern corner of Virginia Beach and going down the North Carolina coastline. The Core and Pamlico Sounds, which are along the Cape Lookout National Seashore, are where most of the sea kayaking courses take place. This wilderness area remains minimally developed and offers the largest expanse of primal barrier island ecology available on the east coast. There are no residents on this 56-mile long section, which runs from Ocracoke Inlet in the northeast to Beaufort Inlet on the southeast.

The three undeveloped barrier islands that make up the seashore - North Core Banks, South Core Banks and Shackleford Banks - offer many natural and historical features. These low profile, sandy, thinly vegetated islands are an International Biosphere Reserve for research and conservation purposes. The unique ecosystem of the Outer Banks is made up of ocean waters, sandy beaches, vital wetlands, maritime forests and a series of sounds, estuaries and salt marshes.

The diverse environment gives life to all kinds of creatures, from deer and wild horses to sea turtles, ghost crabs and dolphins. Located on one of the great migratory flyways of America, birders come to the Outer Banks from all over the world to spot rare birds. The coastal winds of the Outer Banks still carry tales of The Lost Colony, Wilbur and Orville Wright and Blackbeard the Pirate. During the 19th century, the tricky shoals of the Outer Banks swallowed more than 650 ships, quickly earning the nickname "The Graveyard of the Atlantic." The result? An outcropping of lighthouses and ship wrecks, which continue to serve as famous landmarks for the Outer Banks today. These regions are the ancestral lands of the Hatteras, Roanoke and Croatan nations.